With a profusion of reforms transforming nearly every aspect of the country, Ukraine is laying the foundations to become a beacon of democracy and economic prosperity

When Ukraine declared independence from the Soviet Union in 1991, a wave of optimism swept much of the nation. However, the transition from the “old system” into a modern, prosperous nation was slow and incomplete, dragging down the country’s economic growth and democratic development.

By 2014, the country was fed up, and tens of thousands of people poured into the Maidan Nezalezhnosti, or Independence Square, to protest the government’s focus on Russia and general lack of economic progress. The protests resulted in the appointment of a new government with a massive task ahead of it – to reform nearly every aspect of the country.

“It was a revolution against kleptocracy, and it was the revolution of the middle class. It was for democracy,” said Dmytro Shymkiv, secretary of the National Reforms Council, who was inspired to move into government from the business community after the revolution.
Ukraine has instituted more reforms over the last four years than it had since its independence in 1991 -Petro Poroshenko, President of Ukraine

So, the new administration began the herculean task of modernizing Ukraine. So far, the changes already made include military, pension and health care reform, the elimination of more than 600 business regulations, decentralization and significant reforms in the energy and financial sectors to attract investment. With a new law on privatization recently passed, the country has also begun to sell off many of its 3,500 state-owned enterprises. 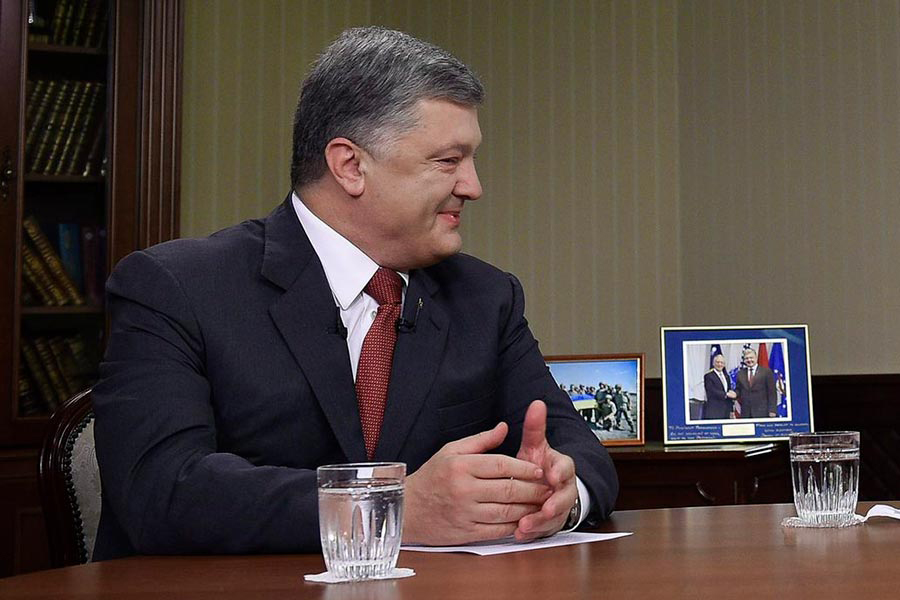 To fight corruption, the court system has been cleaned up with new anti-corruption infrastructure and legislation, and an anti-corruption court is expected to come into effect this year. Likewise, an award-winning digital public procurement system called ProZorro has been introduced to ensure transparency, as has an online VAT refund system that eliminates the arbitrary arrangement that was previously the norm.

“Americans can understand how complicated and difficult this can be thinking of their own health care reforms,” said Poroshenko. “I’m very proud to say that according to the independent estimations of organizations like the World Bank and the IMF, Ukraine has instituted more reforms over the last four years than it had since its independence in 1991.”