How Japanese Businesses are Preparing for a Super-Smart Society

Japanese businesses are called upon to completely rework their business models in order to remain relevant in Society 5.0 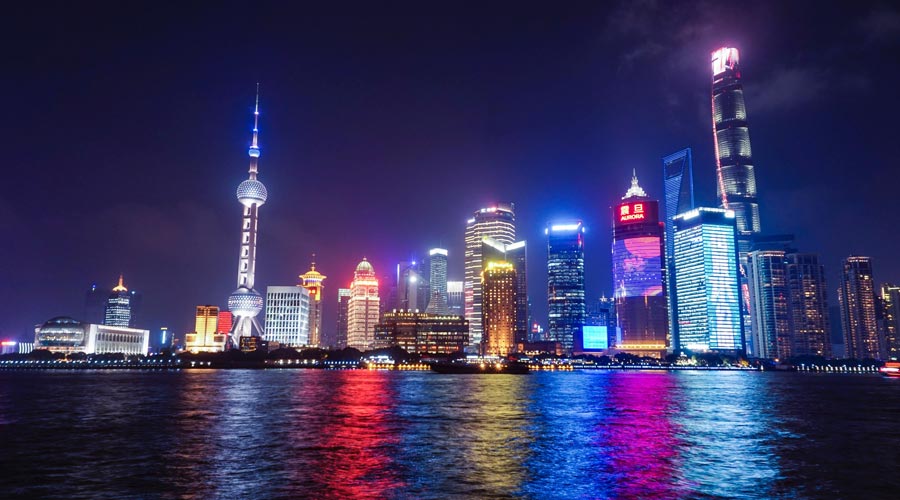 A view of the Tokyo skyline reflected on the Sumida river. Photo: Unsplash

For Japan, Society 5.0 is the next stage in human civilization, a step beyond the information world of today toward a super-smart society of highly integrated processes. Its backbone will be digital – based on the Internet of Things (IoT), artificial intelligence (AI), robotics, and systems science – but human control will remain at the center. Not unambitiously, its goal is to improve all aspects of society.

“We are now witnessing the opening of the fifth chapter. We are now able to find solutions to problems that could not be solved before,” Japanese Prime Minister Shinzo Abe said in a 2017 speech in Germany. “This is the age in which all things are connected, all technologies fuse, and this is the advent of Society 5.0.”

Adopted in 2016 as a core concept of the Japanese government’s strategy, Society 5.0 defines a target amid uncertain times. Instead of waiting to see what happens as new technological disruptions come about, the initiative consciously works toward goals that intend to make the world a better place. And, as an all-encompassing strategy, the business world in Japan is both anticipating and leading the change.

“Japan today, through Society 5.0, is seeking a completely different way forward,” said Hiroaki Nakanishi, chairman of Keidanren, Japan’s business federation. Former CEO and current chairman and executive officer of Japanese multinational Hitachi, in 2018 Nakanishi became the chair of Keidanren, which represents more than 1,300 companies and 109 national industry associations, in order to lead the digitization of the Japanese economy. 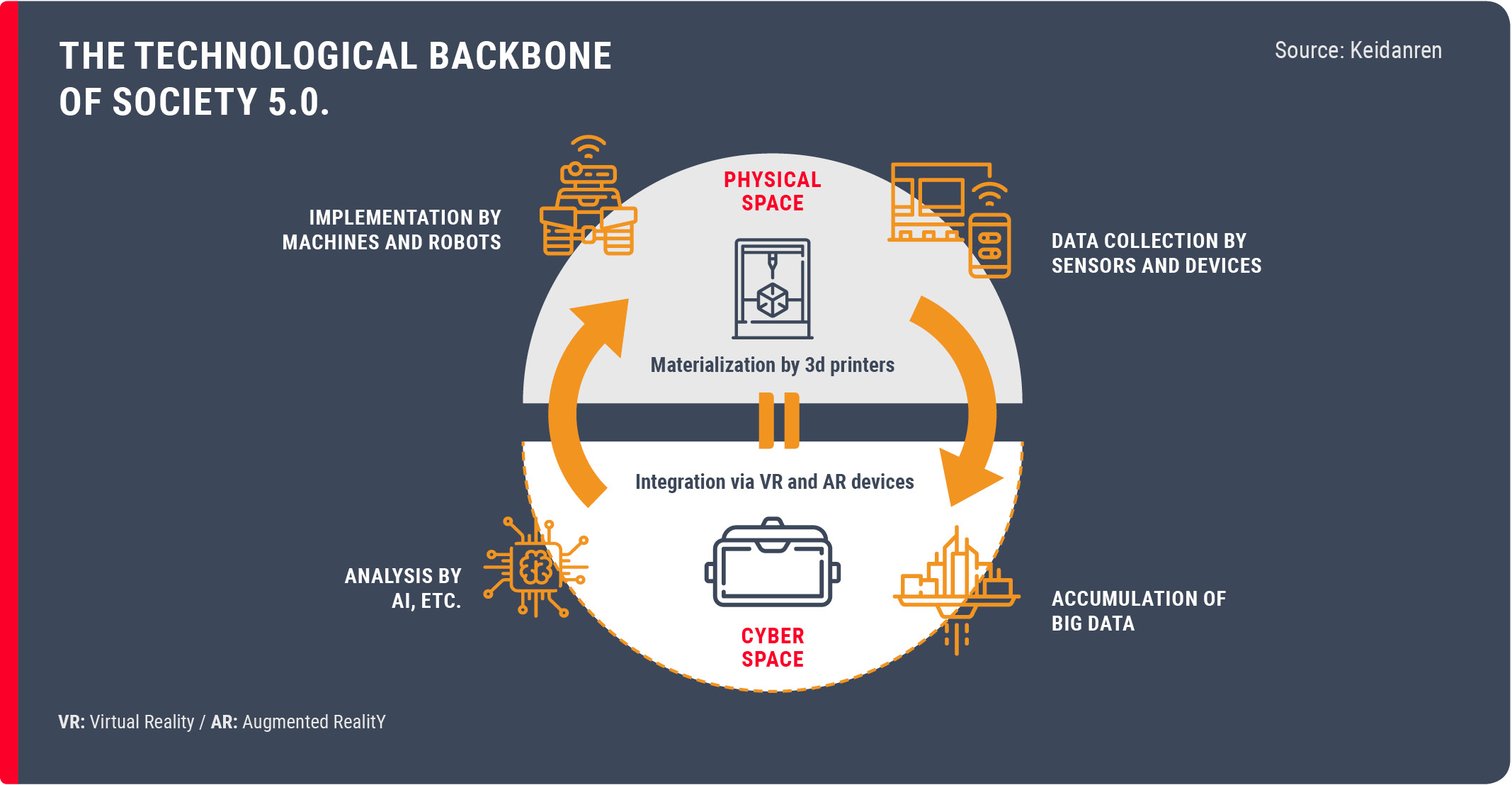 “Japan has great potential from the viewpoint of information technologies, automation, and machine communication capabilities. Through our technological prowess, we have the potential to solve social issues including an aging society and a decreasing population,” he said, pointing to such challenges as opportunities to create new niches in the global economy. “We believe this would become a solution used by other countries or regions. It would not simply be a case of exporting products or technology; we see Japan as a consultant for other countries facing these same societal and demographic problems.”

In order for that to occur, Nakanishi says, Japanese companies need to completely revolutionize their business models.

Traditionally, the strengths of Japanese industry have lied in its manufacturing of high-quality products and technology. With a large population in a small space and few natural resources, the country’s economy is extremely reliant on industrialization. But Japanese leaders such as Nakanishi believe the country mustn’t be stuck on this 20th-century model.

“We can only sell, survive or contribute to society by changing from a physical product-oriented approach to a more solution-oriented, science-oriented approach. Therefore, we have to change the culture. Japanese companies must communicate with potential customers to create value and provide solutions.”

Under Keidanren’s vision, companies must also enhance their cooperation with innovators throughout society, whether that be in academia, the public sector or even other businesses. Along the same lines, companies should carry out structural reform to increase efficiency and internal cooperation between departments, while giving employees more opportunities to exert their individual creativity.

As Society 5.0’s goals for a super-smart society become a reality, it is expected that the role of humans will change drastically due to changes in the labor market. For this reason the business federation also advocates for companies to create more flexible environments for its staff.

Likewise, the vast amounts of data which are pouring in thanks to new technologies, combined with a new solution-focused approach, should also lead to a more decentralized business model for Japanese companies. For example, a Japanese company with a presence in the U.S. should not make all of its decisions from Japan, but instead give the subsidiary more autonomy and flexibility to make moves and choices with agility, says Nakanishi. “Those are the real global operations. This is internationalization.”