Environmentalists often herald electric vehicles as the cars of the future. They’re less costly to own in the long run, and they reduce dependence on fossil fuels. But these eco-friendly vehicles present a new challenge for manufacturers: What do you do with the batteries when they’re no longer roadworthy?

“California and Japan have long-standing economic ties, and as two of the world’s top economies, continue to benefit from our ongoing cultural and business exchanges.”

Enter Nissan’s partnership with Green Charge Networks, a California company, to give Nissan Leaf batteries a second life. Japanese corporations have become leaders in green energy storage technologies and are partnering with U.S. companies to create sustainable power solutions across the country. Nissan and companies such as Toyota, Hitachi, Sharp, and others have brought their emphasis on smart, green innovation to the American communities in which they operate.

Lithium-ion EV batteries, such as those that power the Nissan Leaf, are engineered to perform in relatively harsh-duty cycles. Drivers need instant acceleration on the road, high- and low-speed cruising, and powerful regeneration when braking. As the batteries wear over time, the driving distance between recharges slowly declines. But the devices still pack considerable energy storage capacity even when they’re no longer able to deliver the desired driving range. 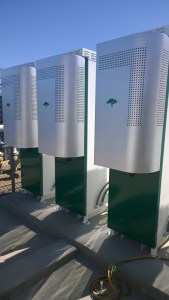 That’s why the Nissan–Green Charge Networks collaboration makes sense. Rather than waste thousands of viable power sources, Green Charge Networks has worked with Nissan to develop energy storage systems that will be able to equip schools, hospitals, universities, and retailers across California with used Leaf batteries. The devices help reduce their energy bills and usage, saving money for these U.S. organizations and helping the environment in the process.

Smarter battery programs won’t just help local U.S. residences and businesses, but they will also help maintain green spaces and parklands across the U.S. Toyota recently installed an off-the-grid power supply that draws on used Camry Hybrid batteries for Yellowstone National Park’s Lamar Buffalo Ranch. The auto manufacturer began working with the park several years ago to ensure that the visitors’ center and other buildings were LEED certified, according to Jana Hartline, environmental communications manager at Toyota.

“It’s exciting to see those batteries get a second life,” Hartline said. “And it’s exciting to see these forms of cleaner, more efficient energy.” She hopes Toyota’s off-the-grid energy model in Yellowstone will serve as an example for how organizations in the U.S. and around the world can reduce their dependence on traditional power supplies. 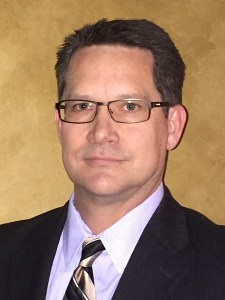 When Brad Smith met Green Charge Networks CEO Vic Shao, the two quickly realized that their companies shared a common interest in developing second-life battery solutions. For this report, the Nissan director elaborated on the potential that energy storage holds and why U.S.–Japanese partnerships succeed.

“There’s a very high expectation of technology from Japanese companies, and they continually deliver on this. On the U.S.  side, there’s an innovative spirit that’s able to put new technology to use in different ways more readily than in other areas of the world. I think the combination of technology from Japan, in this case Nissan, combined with the innovative spirit of com- panies like Green Charge Networks and others brings to light a good partnership and an ability to advance grid benefits, environmental benefits, and exposure of battery technology and energy storage that may not be as possible otherwise.”

Casey Hynes is an independent journalist. She lived in Asia from 2010-2014, and contributed freelance features to a variety of leading media outlets including The Wall Street Journal, The Christian Science Monitor, South China Morning Post, and others during her time there. She holds a master's degree in journalism from Columbia University, and worked at Roll Call before moving overseas.

The West can only counter Putin’s nuclear threats with ruinous threats of its own.

The U.S. Supreme Court’s abortion decision has changed the race, but foreign policy is on the ballot, too.