As Ukraine’s government seeks new ways to take advantage of the country’s strategic location and economic potential through infrastructure development, construction company ONUR Group sees huge opportunities not only in construction, but also in agriculture

ONUR Group is a Turkish company that focuses on infrastructure construction throughout Eastern Europe and the Middle East. The company got its start in Ukraine in 2004 and rose to public prominence thanks to the successful completion of a key Odessa highway project.

Trusted internationally, the multinational company went on to carry out road projects in the Lviv region that were financed by the European Bank for Reconstruction and Development, and subsequently worked to upgrade the Kiev-Chop highway to European standards.

As Ukraine’s government puts more impetus on construction projects throughout the country, ONUR has seen an uptick of activity and is working alongside international partners such as the World Bank to improve infrastructure around the country.

“Ukraine’s location makes connectivity very important, and the government is now focusing on infrastructure development. We see this as a big opportunity, and we believe that in a few years, construction will be the biggest sector in the country,” said Emre Karaahmetoglu, the company’s head of delegation and general coordinator.

ONUR is not the only large infrastructure company attracted to the booming construction sector in Ukraine, yet is confident that there is room for more players to enter the market. 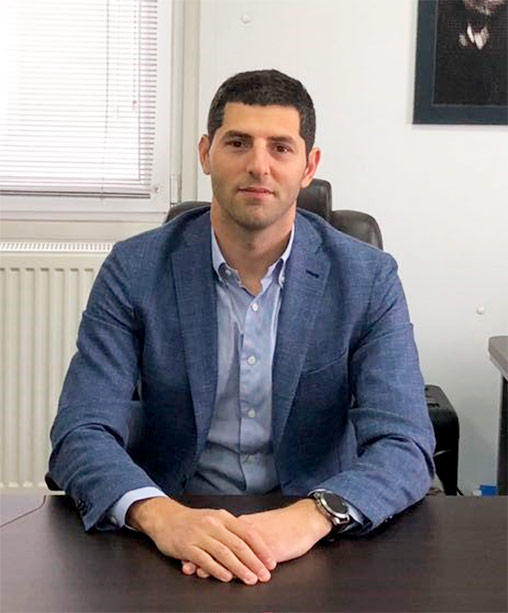 “Recently, there was a local government tender which saw some 50 companies, both foreign and local, putting in bids. I don’t remember this amount of companies being interested in a tender in the past. But for us, competition means quality,” said Karaahmetoglu.

Having worked in the Ukraine for nearly 15 years, ONUR has earned a reputation for high quality and timely work in the country. Karaahmetoglu argues that this, along with the company’s efficient supply chain and 3,000-strong workforce, gives the company a strategic advantage in what has become an increasingly competitive market.

“Our policy is to finish on time with good quality. Customer satisfaction is very important for us and is the reason for our strong position in the market. Because we have been here for a long time, we have a strong competitive advantage because we know all of the industrial sectors, the suppliers, and the climate conditions, and this is a big advantage for us.”

“We believe that in a few years, construction will be the biggest sector in the country” – Emre Karaahmetoglu, Head of Delegation, General Coordinator, ONUR Group

Complementary to its construction work, ONUR has also made several other investments in limestone and sand quarries. As a company seeking to capitalize on the best opportunities, over the past two years it has also begun to invest in Ukraine’s booming agricultural sector. Currently, it holds 5,000 hectares of agricultural land, concentrating on grains, but the company hopes to soon double or triple its landholdings and invest in grain silos and elevators.

“While agriculture is very different from construction, we wanted to capitalize on this opportunity as Ukraine is a very rich country in terms of fertile soil,” explained Karaahmetoglu. 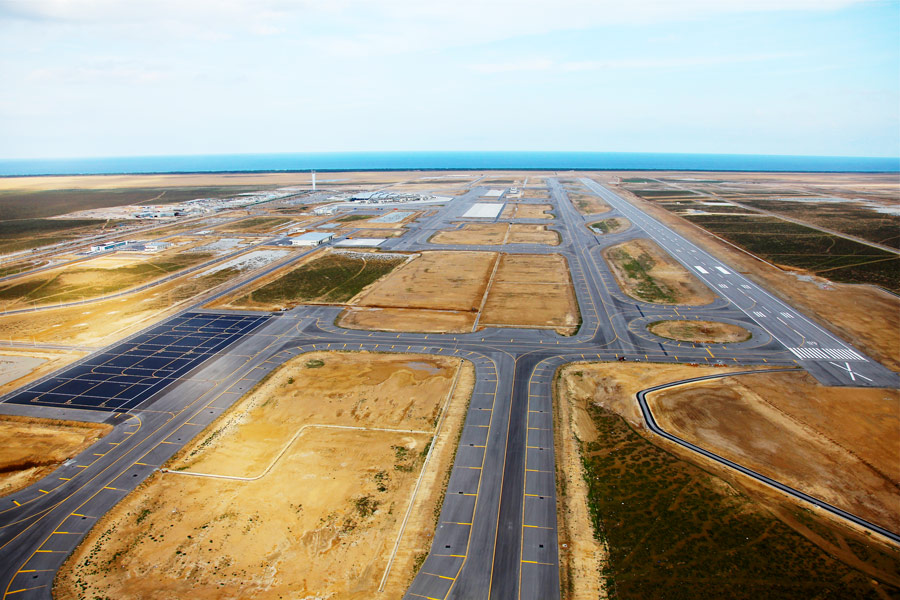 ONUR Construction Company was founded in 1981 and has grown to be a leading construction company with major accomplishments in motorway, airport, dam construction and other infrastructure projects.

Between 1981 and 1990, the company undertook several successful projects in the construction, rehabilitation and repair of various national roads and provincial roads for the General Directorate of Highways of Turkey.

Besides Ukraine, the company has successfully executed several largescale construction projects in Croatia, Tunisia, Moldova, Saudi Arabia, Oman, Equatorial Guinea and Turkmenistan, and currently continues its operations in several of these countries.

The principles of timely completion and utmost quality are the main goals for ONUR. These aims are met with the help of the company’s experienced personnel and company’s high capacity, cutting-edge technology and machinery.

The company established a distinctive machinery-equipment upgrading program where outworn and outdated machinery are progressively replaced with brand new, efficient, high-performance machinery, and the company continuously maintains its equipment fleet with the latest technology. Adding to its competitive edge, the company also carries out maintenance, repair and rectification of all machinery and equipment in self-owned central workshops in Ankara, Turkey, as well as in the local workshops established at the project site compounds in various countries. The work carried out at our workshops includes all types of machinery-equipment maintenance, repair, rectification of machine performance, chassis, engine, body works, upholstering, and painting.