Poroshenko: ‘Our Main Focus Is the Improvement of the Investment Climate in Ukraine’

Ukraine President Petro Poroshenko is leading the nation through remarkable political and economic change, with a focus on attracting investment to unlock the full potential of continental Europe’s largest country

When Ukrainian President Petro Poroshenko was elected in 2014, the challenges that lay ahead were vast. Russia had just invaded Crimea and pro-Russian groups were attempting to overtake the region of Donbass. At the same time, Poroshenko’s mandate was to not only completely shift the country’s foreign policy toward the West but also to save the economy and transform the post-Soviet state into a modern liberal democracy.

Four years on, and progress has been remarkable. Through a slew of reforms and strategic alliances with Western nations and international bodies, Ukraine has seen both a return to economic growth and has restored national security.

“When I was elected, any American or NATO officer was prohibited even to enter our Ministry of Defense. Today, we have the most effective level of cooperation, which can be demonstrated by the fact that Ukraine’s army is now officially among the 30 most efficient in the world,” said Poroshenko.

On the economic front, legislative changes have worked to open the country up to investment, cut red tape, boost transparency, strengthen the rule of law and begin a major privatization process. 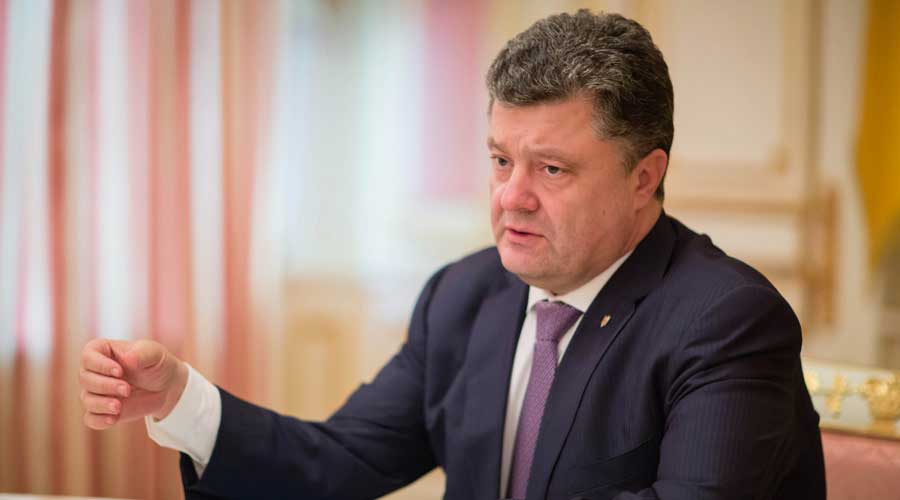 “Our economy has prevailed and even strengthened” -Petro Poroshenko, President of Ukraine

“Our economy has prevailed and even strengthened despite the attacks,” said Poroshenko. In the first quarter of 2018, GDP grew by 3.1 percent, the country has shot up 61 places in the World Bank’s Ease of Doing Business rankings since 2013, and international companies like GE, Bunge and Cargill have begun to make massive investments in Ukraine.

Underpinning many of Poroshenko’s economic and political moves lies a deep conviction in the importance of removing barriers to international trade. Since 2014, Ukraine has established a Deep and Comprehensive Free Trade Area with the EU, signed a free trade agreement with Canada and is in the final steps of negotiating FTAs with Israel and Turkey. In 2013, Russia’s share of Ukraine’s total economic turnover was 30 percent, but today that has dropped down to 9 percent and the EU now represents 40 percent, according to the president.

Several further reforms are also planned for the next year, with a focus on attracting the investment that both reflects and encourages the country’s healthy development. “Our main focus is the improvement of the investment climate,” explained Poroshenko.