As a result of far-reaching reforms initiated by the National Bank of Ukraine which saw the removal of over half of the country’s banks from the market, Ukraine’s financial sector is in much-improved shape

The 2016 nationalization of Privatbank, the country’s largest commercial bank, after a stress test revealed capital shortages, was lauded by IMF head Christine Lagarde as an important step in its efforts to safeguard financial stability. Now, with the clean-up almost complete, confidence in the system is returning.

“The steps we’ve taken have contributed to increased profitability and public trust in the banking system” Yakiv Smolii, Governor, National Bank of Ukraine

“The steps we’ve taken have contributed to increased profitability and public trust in the banking system,” said Yakiv Smolii, governor of the National Bank of Ukraine. “The banks that are currently operating have shown a profit of 8 billion hryvnias ($300 million) for the first quarter of 2018, and credit and deposit portfolios are increasing.”

As a result of the PrivatBank nationalization, state-owned banks now make up over half of the sector, which the government seeks to address through privatization plans. “Our priority is to accelerate economic growth, which is impossible without an effective banking sector. By 2022, PrivatBank will be ready for the exit of the state from the control of its stock,” said acting finance minister Oksana Markarova. 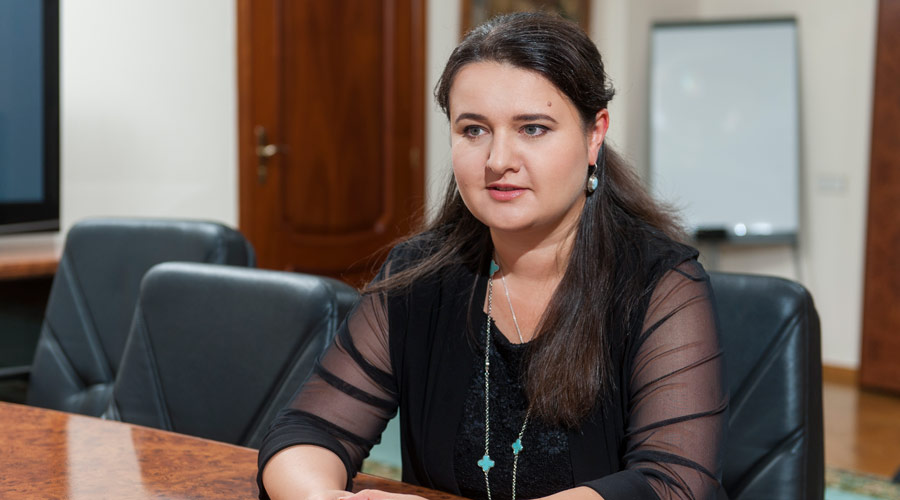 With the structural overhaul well underway, the focus now is on maintaining stability, and the central bank is targeting low and stable inflation, banking system transparency and better credit availability in order to drive financial strength. “When our reforms are implemented, the banks will be able to withstand any crisis at each moment of their existence,” said Smolii. “Ukraine’s capital adequacy ratio currently exceeds 18 percent, which means that our current banking sector status is more stable than foreseen by the standards applied.”