Switzerland strides out into the fashion spotlight

Once only associated with luxury goods, Switzerland is now making a name in popular fashion and various style circles

Switzerland’s fashion and footwear sectors are like no other, with the influence of neighbors Italy, France and Germany creating a unique blend of style and glamour. For decades a favourite retreat of global movie and music stars, as well as the international jet-set, Switzerland is also putting on the gloss and developing its own successful style-dependent industries. The luxury goods and apparel sector, for example, is growing as major international brands set up offices and headquarters in key cities. The country is also popular with international advertising agencies, which flock to capture its natural charms for backdrops to eye-catching media campaigns. Perhaps one of the most interesting case studies in the footwear sector, Bata, has expanded from a single workshop in the late 19th century to an industry colossus serving a million customers a day. Bata has always been at the forefront of innovation: from the introduction of mechanized production techniques, including the first steam-driven shoemaking machines, to the introduction of pioneering materials, environmentally conscious shoes and high-tech heels. 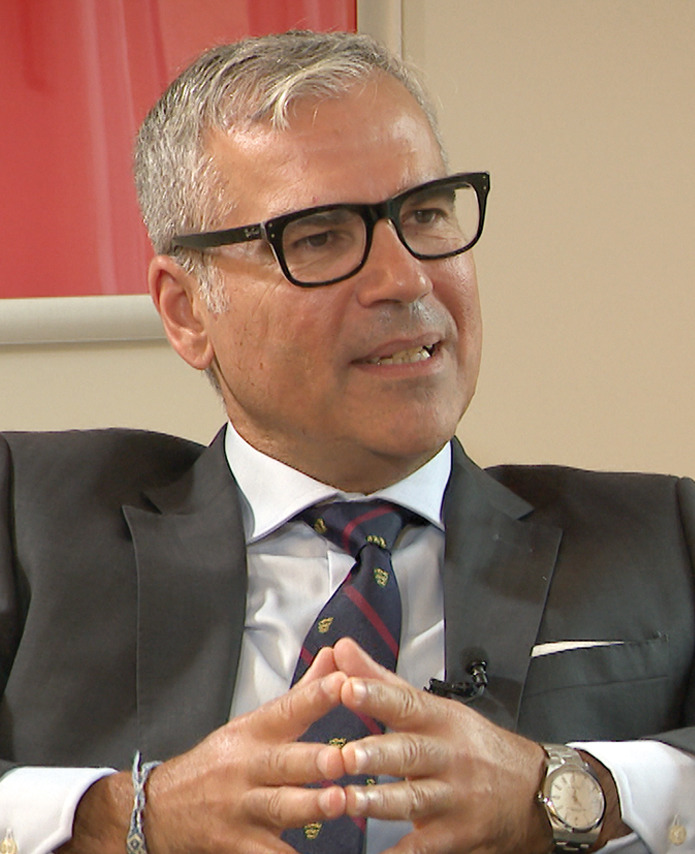 With more than 5,000 stores in over 70 countries, as well as 35,000 employees, Bata had the rare distinction of entering the Guinness Book of World Records in 2004 as the world’s largest shoe manufacturer and retailer. For the past three years, Bata has been headed by charismatic CEO Alexis Nasard, with the highly-regarded marketing guru elevating the company to a new level, despite strong competition from smaller rivals. Under the impressive stewardship of ambitious Nasard, Bata is well primed for further growth, as the talented and approachable senior executive is eager to explain. “In the past three years we have grown our revenues in the mid single digits and profits in the high double digits,” he says. “We are progressing very well, and our strategy is delivering results. “Our growth is very broad-based because we are growing in developed markets and also in developing markets. We are growing across all channels, we are growing in retail, we are growing in online, we are growing in wholesale and we are growing in franchise.

“Our strategy is based on several pillars. The first is around the product itself. We talk a lot about transformation, but we have to keep in mind which business we are in and to keep the fundamentals: we are a footwear company and offer great shoes. The second is the amazing shopping experience our channel world offers. And the third is to extend the credentials of the brand.” Acknowledging some of the challenges he and his management team face, Nasard adds: “Bata is a really well-known brand but we need to add a little bit of glamour to it because it’s been missing in the past few years. “Women no longer expect to choose between sexy or comfortable. They want to look great and they want to feel comfortable at the same time. That is a dilemma we are trying to take away. Comfort and technology feature very high in our strategy.” 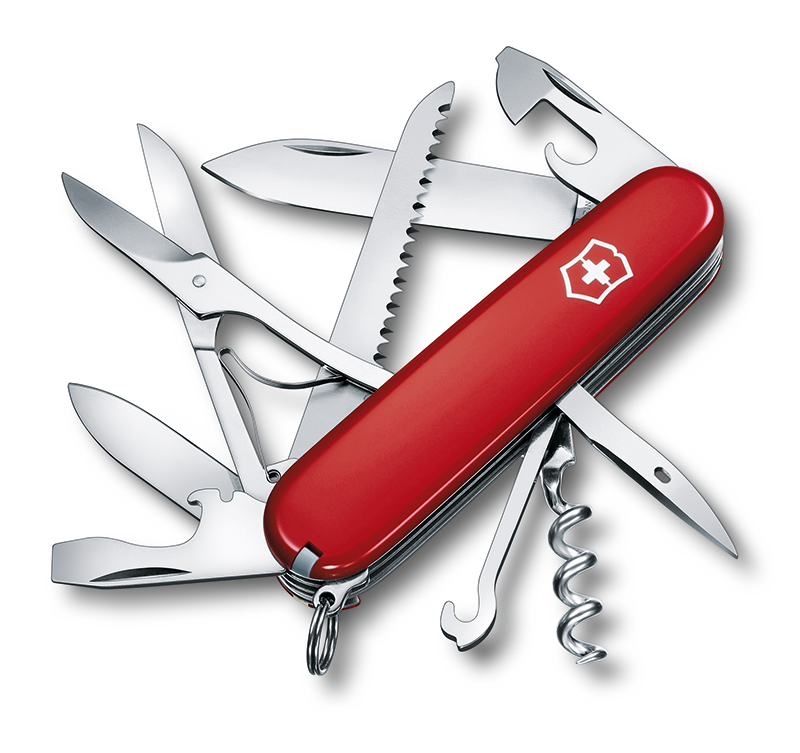 Considered by many a national emblem and an early example of the country’s talent for innovation, the Swiss Army knife is one of Switzerland’s most famous inventions and its popularity remains strong. The proud inventor of Swiss Army knives, family-owned company Victorinox is now the world’s largest manufacturer of pocket knives, although its product range has grown considerably in recent years. With a focus on exceptional quality, innovation and craftmanship, Victorinox never compromises on quality, with the company’s product portfolio now including watches, travel gear and fragrances. Some of this impressive growth can be attributed to strategic acquisitions, such as the 2005 purchase of Wenger in a deal that transformed the firm into the biggest supplier of multi-purpose knives to the Swiss Army.
The US represents about 20% of Victorinox’s turnover and has traditionally been a key partner for the company, ever since American GIs brought the Swiss Army knife home after the end of World War II. 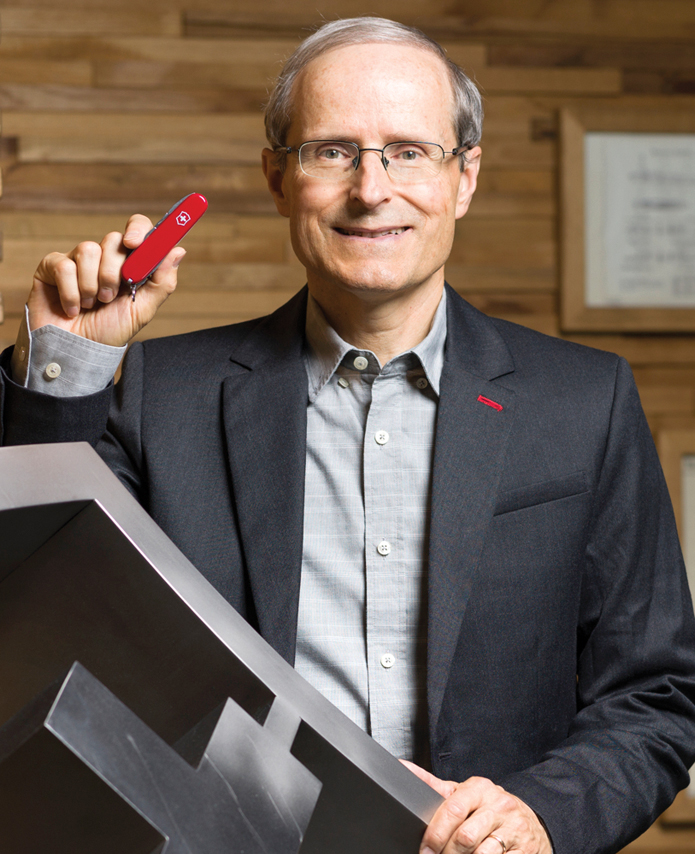 Elsener is pleased with the very positive reaction of consumers to Victorinox’s new products, which has boosted the company’s brand even further. “Everyone knows the Swiss Army knife, but it’s hidden either in your pocket or your bag,” he states. “Our new watches and travel gear have really helped us to make the brand much more visible. “Many customers who relied on the Swiss Army knife transferred their trust into these new products, so our challenge was to ensure the watches fulfilled their expectations; and they did. “The Swiss Army knife is still the heart and soul of our brand, but other products feed our points of sale and e-commerce platforms while strengthening the Victorinox brand.”

For eagle-eyed fashion fans of global movie, music and sports celebrities, the news that Switzerland’s luxury goods sector is still one of the strongest in the world will come as no great surprise. Colorful images of leading stars displaying their elegance and opulence on their wrists or arms are a daily feature of today’s global media coverage and increasing social media presence. According to a detailed 2018 industry survey by global accountancy group Deloitte, Switzerland remains one of the most healthy luxury goods markets, with three companies — Richemont, Swatch and Rolex — in the top 12. The trio account for 87% of all 2016’s luxury goods sales for the nine Swiss companies in the rankings of the “Global Powers of Luxury Goods,” the report revealed. “Just as Italy is the global leader in fashion, Switzerland is second to none in luxury watch making: Eight out of the nine Swiss companies in the top 100 are watchmakers, the report’s authors noted. “The strength of their brands can be seen in their presence in jewelers and other distribution outlets for luxury watches around the world, as well as in their own growing store networks. Multiple luxury goods company Richemont, for example, obtains nearly 30% of its sales from its portfolio of luxury watch brands such as Vacheron Constantin or Jaeger-LeCoultre.” 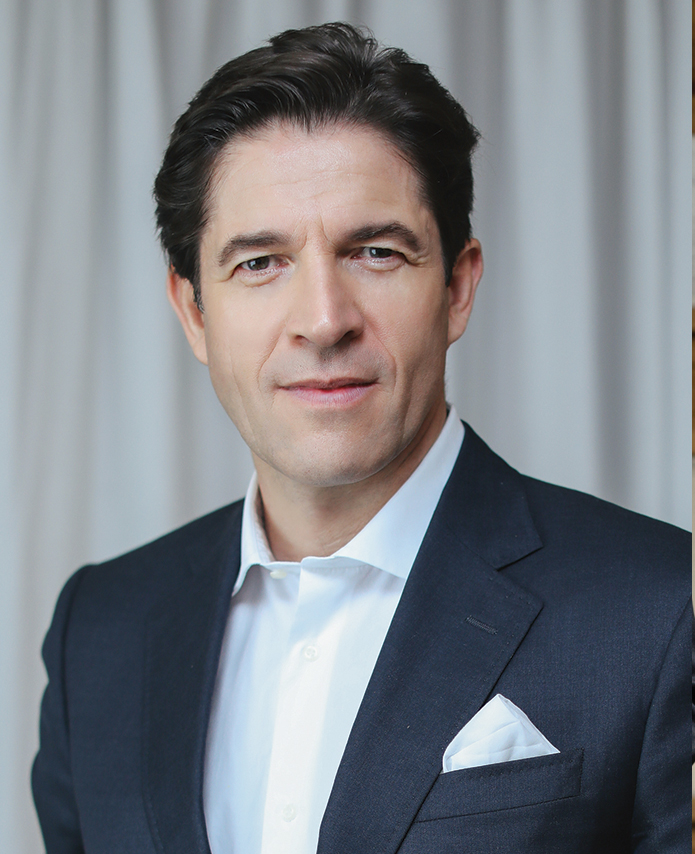 The Swiss luxury goods industry, and specifically the watch sector, are on the right path, noted Karine Szegedi, head of Fashion and Luxury at Deloitte Switzerland. “The resilience of Swiss luxury goods companies comes down to their positioning in fine watchmaking and their strategy of not only being present in most geographic regions, but also tackling the on-line market by strongly developing their presence on e-commerce platforms. “The barriers to entry created by the brand heritage and the technical and design excellence of the Swiss luxury watchmakers are proving very hard to overcome. “To succeed in a quickly changing context and in new markets, luxury players are increasingly shifting focus on digital connectivity, upwardly mobile consumers and bold business models.” 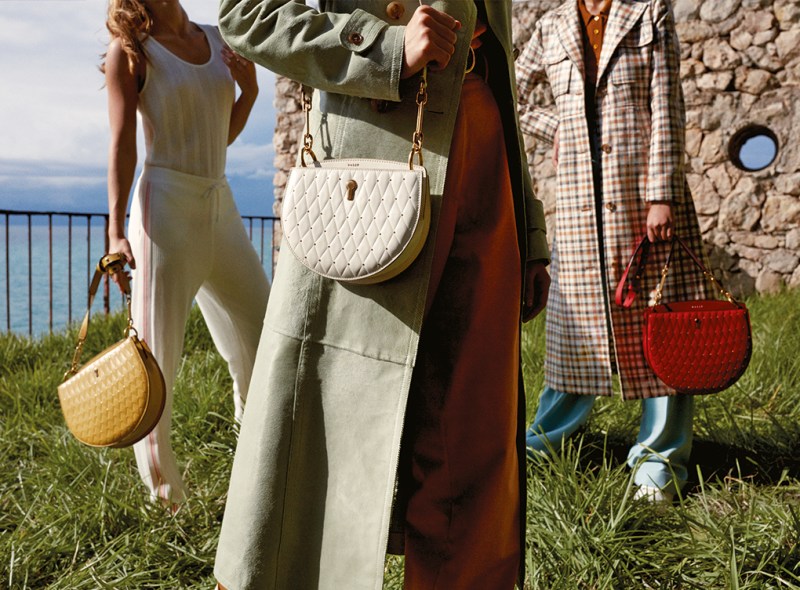 Such a message resonates with leading high-end goods makers like Bally. One of the world’s foremost luxury shoe and accessory makers, the firm produces upscale collections that include shoes, bags, small leather goods, ready-to-wear and eyewear. An iconic Swiss brand, Bally has 700 points of sales and a presence in 64 countries. This success is mainly down to its reputation as a luxury brand that never compromises on quality and maintains a focus on those design principles which have sat at the heart of the brand for nearly 170 years. “Bally is the world’s second-oldest luxury brand,” says CEO Frédéric De Narp, “and we take great pride in maintaining a fair price-point. “Bally never compromises on quality: 70% of our production is based in Europe, the majority of which is right here in Switzerland as well as in Italy. “The millennial generation is becoming the most important clientele for the industry, and wants authenticity and fairness. Bally represents heritage, quality and all these values. Our company’s culture, ‘The Bally Way’, takes its inspiration from the ‘Swiss Way’.” 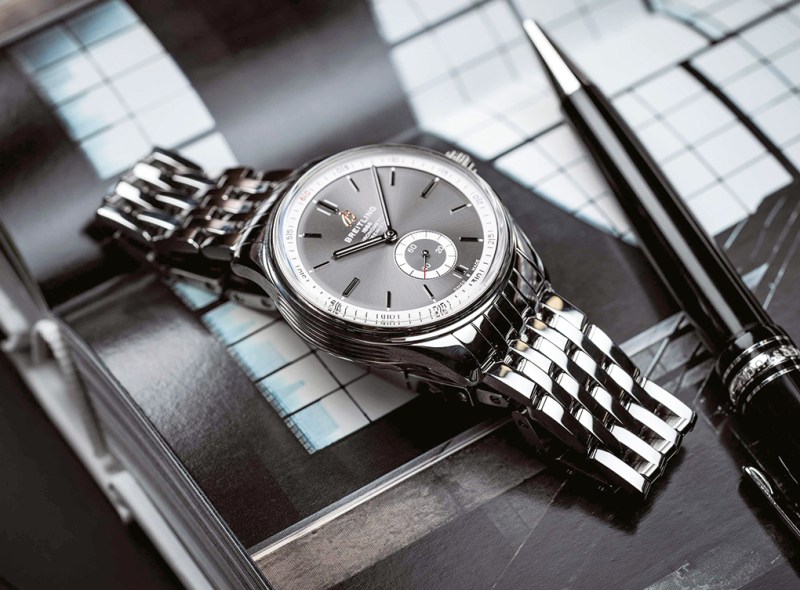 Swiss watchmakers: Well ahead of their time

Boasting impeccable quality, technical innovation and style, Swiss-made watches are an all-time friend for the wrist

Look at any successful business executive, high-profile public figure or celebrity and the chances are they are wearing 500 years of history on their wrist, made in Switzerland of course. Considered the finest in the world, the Swiss luxury watch industry has its fair share of challenges, from combating counterfeits to fitting in new commerce and consumer trends, but has kept its vitality, states Jean-Daniel Pasche, president of the Federation of the Swiss Watch Industry (FH). Rolex, Breitling, Longines, Omega, Tag Heuer, Raymong Weil and Vacheron Constantin, are only a few of the many famous Swiss watchmakers. Such major players enjoyed a strong end to 2018, according to FH, with demand from the second most important export market — the US — up nearly 20% year-on-year during November. Monthly revenue exceeded CHF 2 billion for the first time since October 2015, increasing by 3.9%, says FH. Riding this impressive wave in demand is Breitling. The 135-year-old brand renowned for its masculine pilots’ watches is now owned by London-based private equity group CVC Capital Partners and is in the midst of a transformation. 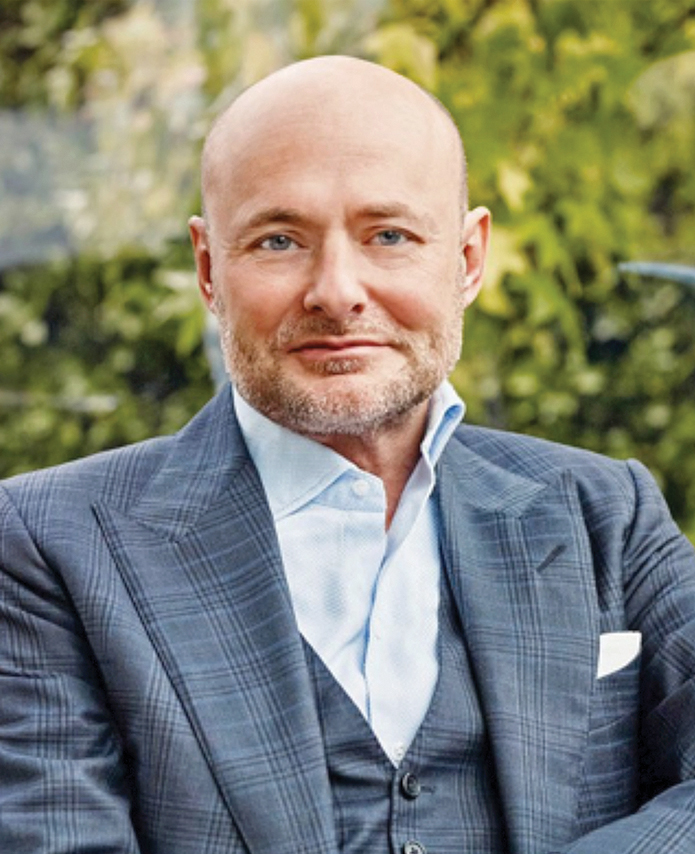 “For many years, Breitling was clearly positioned in the field of aviation and was one of the most successful firms producing pilot’s watches,” states CEO Georges Kern. “There are many legends such as Sean Connery, Miles Davis, Serge Gainsbourg or Jack Braham who loved our watches. “Based on this rich heritage, we have redesigned our corporate identity, reduced the complexity of the product portfolio, entered into new global partnerships representing the segments of air, land and sea — broadening our positioning, and finally, yet importantly, we have globally launched our new squad-on-a-mission-communication campaign featuring Brad Pitt, Charlize Theron, Stephanie Gilmore, Kelly Slater and many other outstanding personalities.” Breitling’s sophisticated pieces are increasingly popular across the Atlantic, as Kern explains: “The US is our No.1 market. We have a phenomenal brand awareness and image and are among the four most successful watch brands.” 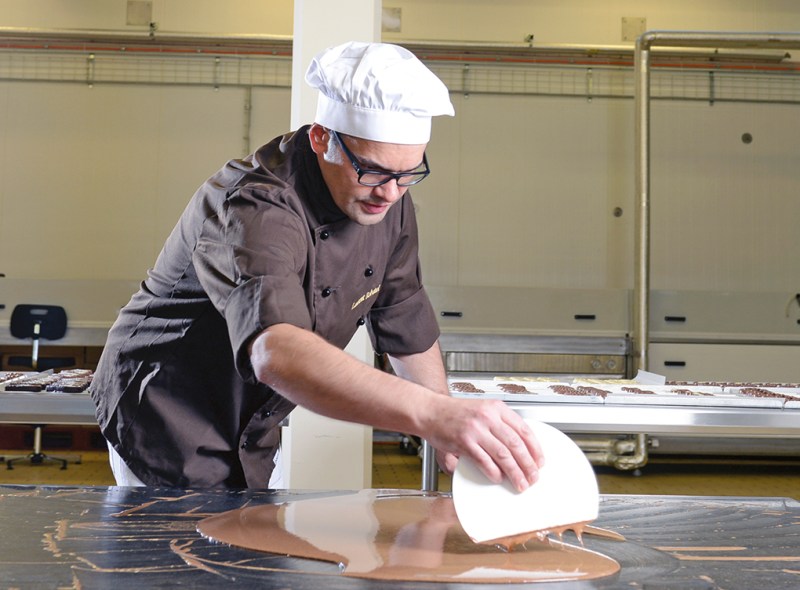 While not producing any cocoa of its own, the country is one of the largest chocolate producers and has the highest per capita chocolate consumption in the world. Consumers across the country, as well as chocolate connoisseurs in many other countries, are purchasing the finest chocolate in many different forms, including in compositions such as powder for hot drinks. “The basis for this success is the consistent orientation of chocolate manufacture towards high quality standards,” notes the industry association Chocosuisse. “This includes the selection and processing of the raw materials, constant improvements in the manufacturing process, and the training of skilled employees and specialists, who practise their profession with passion and know-how.” Indeed Swiss chocolatiers are known to use only the finest cocoa, milk and sugar: “Thanks to the quality of its production and processing, Switzerland has become one of the leading chocolate producers,” explains Urs Furrer, CEO of Chocosuisse. “And when we talk about ‘Swiss’ chocolate, we talk about chocolate that has been fully produced in Switzerland and then exported. “Swiss research institutes are very active and have strong cooperation with industrial companies. This leads to practical results, sizeable R&D and enables continuous innovation in the chocolate industry. We must remain innovative and aware of sustainability; on visits to farms and producers, one sees the changes and progression in projects.”