The Austrian economy is based on strong, highly developed, diverse, innovative and competitive industrial manufacturing.

Trade and industry make up about one third of Austria’s gross domestic product and the importance of manufacturing is growing. According to Statistics Austria, the country’s 30,023 industrial companies made revenues of about $276 billion in 2018, 15.8 percent more than in 2016.

“We are a very strong manufacturing nation. The move to digitalization is helping Austria a lot in this regard because it cuts down costs and enables economies of scale,” says Georg Kapsch, president of the Federation of Austrian Industries, an association with 4,400 industry members.

Many of Austria’s industrial players have now become well-known global market leaders, such as Red Bull in food and drink, PALFINGER and KNAPP in mechanics and machinery, Swarovski in premium jewelry, motorcycle producer KTM, TTTech and Kreisel Electric in automotive, Greiner and Borealis in chemicals and plastics, and Infineon Technologies Austria in electrics and electronics.

A propeller for innovation

Small- and medium-sized enterprises (SMEs) make the majority of Austria’s industrial output. In 2017, 98 percent of Austria’s manufacturers were SMEs and many are part of a dynamic environment for startups that has put the country on Forbes’ European startup hotspot list.

95 percent of young innovative firms saw their revenues grow in 2018, helped by a variety of factors including public-sector support and a dual-education system that provides apprenticeships as well as research-based study. As a result, there is easy access to “highly experienced, trained and educated staff,” says Kapsch, while 58.8 percent of startup founders have a master’s or higher qualification.

For all Austrian manufacturers, exports are vital and thriving. In 2017, the value of their exports rose 8.23 percent to $158 billion, 70 percent of which came from other European Union countries and 7.6 percent from the US.

The country’s products have such a reputation for quality and innovation that in the case of the automotive sector, for example, it is now hard to find a vehicle made anywhere in the world that does not contain Austrian components. In this, as in many other sectors, Austria’s industrial manufacturers are driving global developments.

A powerhouse in the mechanical and automotive industry

CEO Stefan Pierer explains how being based in Austria has helped him transform KTM Industries into Europe’s biggest high-performance street and off-road motorcycle producer, with 4,300 staff selling 260,000 vehicles worth $1.78 billion a year. 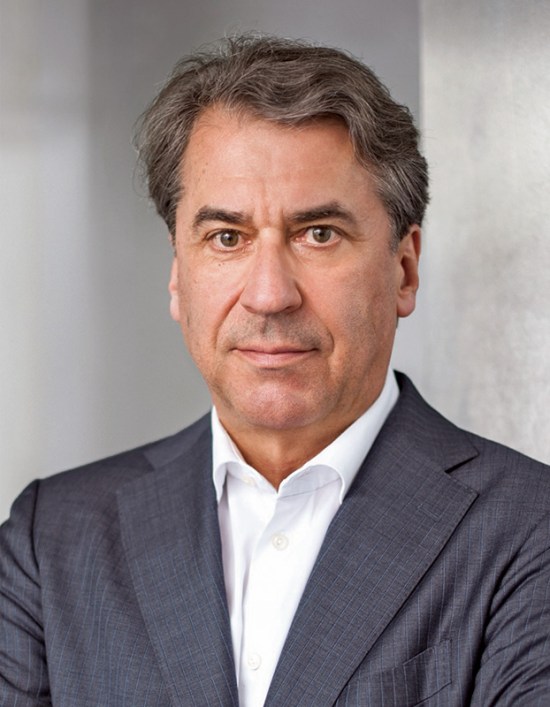 PR What are a few advantages of Austria for manufacturers?

SP: The success of Austrian industry can be explained by several factors. The first is education and our tradition of apprenticeships. At KTM, we have almost 200 apprentices who work alongside well-educated and highly motivated employees. Secondly, Austria has a research and development (R&D) tax refund of 14 percent, which enables us to be quicker than our international competitors. Another factor is access to export financing.

PR: KTM is Europe’s leading motorcycle manufacturer with about 9.5 percent of North America’s market. What does your brand represent?

SP: Our brand means “ready to race.” We are a premium sport motorcycle brand, racing is the driving force of the company and our source of inspiration in innovation. It’s a niche activity and what we are doing is extreme, but we love it. We like competition and look for high-performance engines that use cutting-edge and competitive technology. Today, we offer a whole range of off-road and street motorcycles from 125cc up to the peak 1,300cc, where we compete with Japan’s Yamaha and Honda.

PR: How does KTM remain at the forefront of innovation and trends?

SP: KTM is among Austria’s largest spenders on R&D, with a ratio of around 8.6 percent on our sales volume. We are one of the pioneers in electric mobility, for example, and our first electric motorbike, the “Freeride e”, has been on the market since 2014. In 2018, we decided to enter the e-bike market with our brand Husqvarna Motorcycles because the trend is clear: urban mobility will become electric.

PR: KTM has a major global presence on five continents, a large sales network with 31 international subsidiaries that attend over 2,800 dealers and importers worldwide, and 54 percent of your sales are made outside Europe. How did you become so globalized?

SP: Our strategic alliance with India’s Bajaj Auto Ltd. that started in 2007 has indeed been very helpful in making us a global player. Bajaj, the second-largest Indian motorcycle producer, was looking for a European technology partner and KTM has been a great match from the beginning. We deliver high-end technology and Bajaj industrializes the engine platforms and produces around 100,000 bikes in India. Through this, we have been able to enter the emerging markets of India, Latin America, China and other Southeast Asian countries.

Our biggest single market is North America. There are a lot of motorsport activities in the US, which makes it exciting for KTM and our US subsidiary, which serves about 500 dealers, is our biggest. We have about a 9 percent share of the US market and two-wheelers are an increasingly popular mode of urban transportation there. 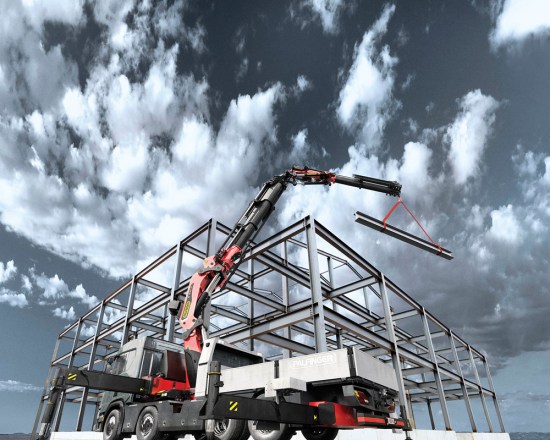 Machine-making industry fuels the US market 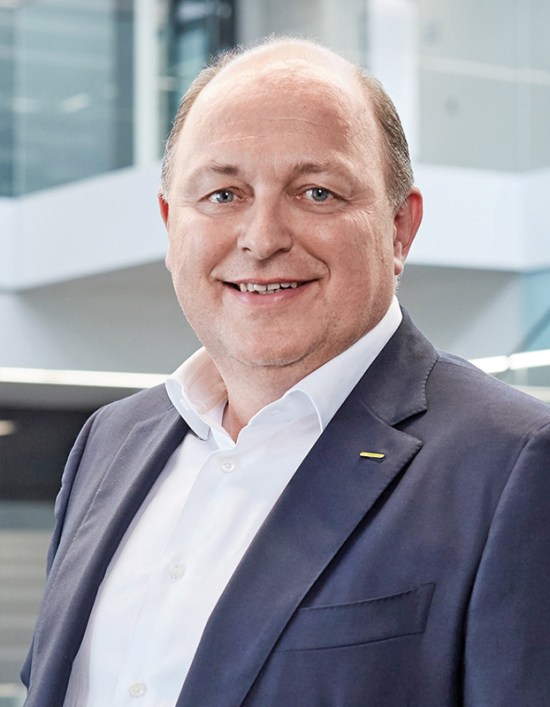 Manufacturing high-tech machinery for global niche markets is one of Austria’s biggest success stories. According to trade body MetalTechnology Austria, 1,200 Austrian companies work in metal technology and machinery, which turned over around $44 billion in 2018. Over 80 percent of those revenues came from exports, making it third in the world for machinery exports per head of population.

Leading companies in the sector include pulp-and-paper machine maker Andritz, cable railway manufacturer Doppelmayr, plastics specialist the Engel Group and PALFINGER, which has been making innovative lifting solutions for use on vehicles and in the maritime field since 1932.

“PALFINGER is number one in everything relating to lifting, not just for products but also in auxiliary services.” – Andreas Klauser, CEO, PALFINGER

58 percent owned by the Palfinger family, PALFINGER is one of Austria’s strongest industrial groups, earning about $1.8 billion in 2018, a rise of 10 percent on 2017. The group is world market leader for many of the state-of-the-art products in its portfolio, which includes cranes, skip loaders, hooklifts, forklifts, railway systems and bridge inspection units for use on land, as well as deck equipment and handling solutions for all major maritime industries.

Wherever they are, PALFINGER has operations close to those customers. It has 35 manufacturing sites in Europe, the Americas and Asia, including five in the US, an important market that it is looking to grow. In addition, it has a sales and service network that consists of its own branches alongside 5,000 independent outlets in over 130 countries on all continents.

Klauser explains why this huge network is important: “We put effort into being a reliable and long-term partner for customers and suppliers. With our size, market presence and positioning as the top provider, our partners are guaranteed that we are here for the long term. When you combine that with our focus on product applications, innovation and quality, PALFINGER has a clear advantage.”

The company leads the sector in technology and innovation as well as sales, he says: “Research and development is focused on our core business but we also study new opportunities, businesses and services. Technology is changing so fast that it’s no longer enough to wait for customers’ feedback before developing products — we need to see further ahead. So, we have set up a think-tank division called PALFINGER 21st in a Viennese startup environment.”

Being family-owned has advantages for stability, states Klauser: “However, PALFINGER grew rapidly through mergers and acquisitions, and became fragmented. So in 2018, we implemented a new structure, the Global PALFINGER Organization, to bring these fragmented elements together. Our management team has been consolidated into a global team to leverage synergies between our businesses to add value.”

This strategy is working. 2019 Q1 revenues showed year-on-year growth of 12 percent, Klauser is confident that the full year will be another record one and that PALFINGER will pass $2.23 billion in earnings by 2022, mainly via organic growth. “We are committed to remaining the number one lifting-solution provider,” he says.

As Beijing shifts away from its rigid pandemic measures, public health experts warn of a disastrous COVID-19 spike.

A historic victory and a narrow loss in state elections shows the ruling party remains indisputably dominant, but it still has some vulnerabilities.