Ukraine’s potential to help close the world’s growing food gap is seen as a major opportunity by Ukrlandfarming Group (ULF), a company with the infrastructure and ambition to make the country a global agribusiness giant

Ukraine’s dark and rich “black soil” is the basis on which ULF sees its horizons expanding as the world’s growing population provides a bulging market for ever more food. “I’m determined to grow Ukrlandfarming into a major global player,” said Oleg Bakhmatyuk, the group’s chairman and CEO.

ULF, one of Ukraine’s top agricultural corporations as measured by land holdings and also one of the country’s leading 5 agricultural exporters, has been successfully growing and selling grain (corn, wheat, barley and rapeseed), eggs and livestock for over 11 years. Exporting its products to 40 country markets, ULF’s clients include major global corporations including Cargill, Glencore, Marubeni, Bunge and Noble Resources, with whom it trades through its Switzerland-based trading arm, ULF Trade AG. 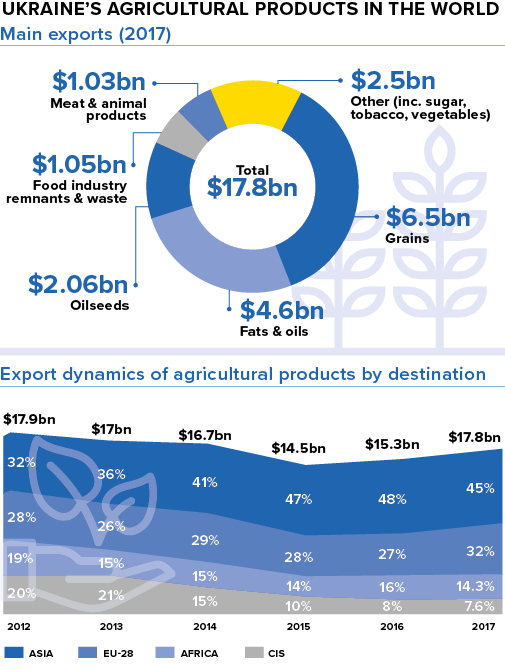 In order to guarantee such high-end export commitments, ULF has put in place an extensive and strongly integrated supply chain. Ukrlandfarming owns and operates a network of state-of-the-art grain elevators with a total storage capacity of 2.6 million tons, enabling the company to harvest and store large volumes of different grains ahead of transportation to Ukraine’s port terminals.

“Ukrlandfarming attracts those companies by its scale and production capabilities. The world is a very pragmatic place. Bunge, Noble Resources, Cargill and Glencore buy from Ukrlandfarming because it makes business sense for them. We, for our part, appreciate their business because we make good money on it,” said Bakhmatyuk, who founded ULF in 2007 after achieving success in the highly challenging energy sector in the turbulent period following the breakup of the Soviet Union. 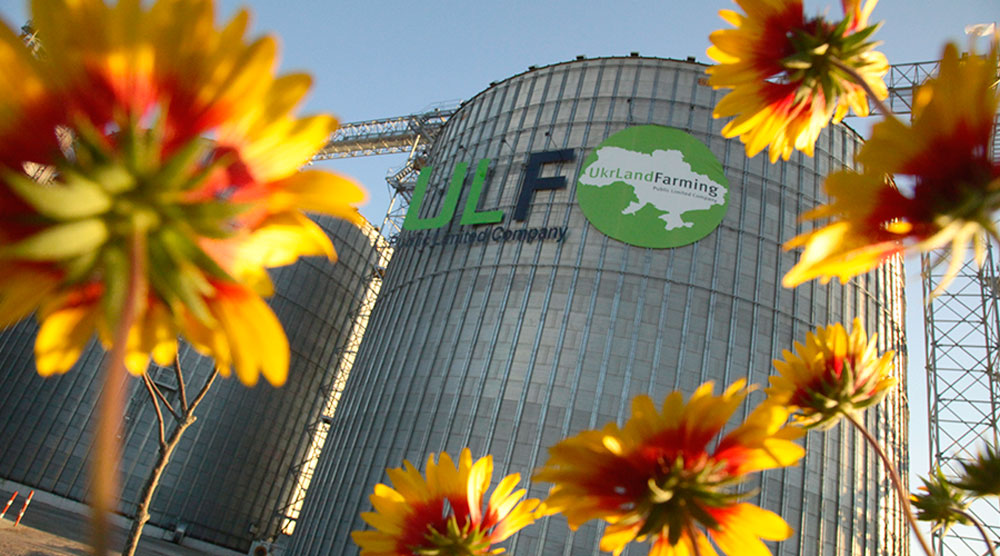 ULF has put in place an extensive and strongly integrated supply chain, operating a network of state-of-the-art grain elevators with a total storage capacity of 2.6 million tons

Despite having made a dent in global markets, Bakhmatyuk believes Ukraine’s potential is still largely untapped. The abundance of that fertile black soil – rich in humus and with high percentages of phosphorus and ammonia – plus huge water resources, a favorable climate for large-scale agriculture, a highly qualified and low-cost workforce, and, increasingly, a government working towards the liberalization of the agriculture industry, Ukraine’s agribusiness sector offers unique investment potential.

According to U.S. government figures, in 2016 Ukraine set a new record for grain output, harvesting 66 million tons, with total yield anticipated to reach as high as 75 million tons by 2020. Only around 20 million tons are required for domestic consumption, and the export potential has seen capital investment in agriculture soar to $1.7 billion in 2016 alone. In a bid to take the lead in such a promising environment, ULF has poured over $2.2 billion into its agricultural assets in Ukraine over the past four years.

According to ULF, its specialists have learned from world experts to maximize Ukraine’s natural advantages, achieving the country’s highest productivity levels and high-quality grain thanks to careful land rotation, crop protection and fertilization. The ULF Group is also Ukraine’s largest exporter of chicken eggs and dried egg products. In ULF’s livestock company area, the company shows it is aware of the need to be a socially responsible corporation by recycling animal waste from vertically integrated systems into biogas, thermal energy and electricity for Ukraine’s energy grid. 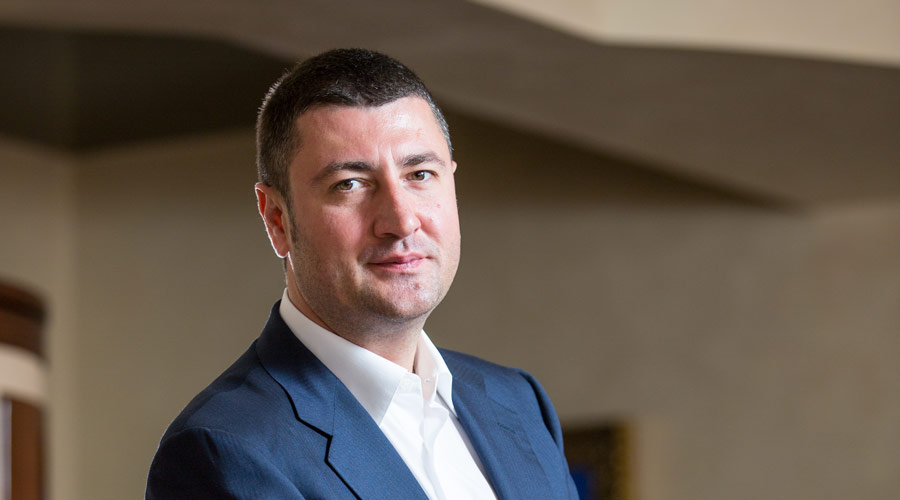 With its vast 570,000 hectares of landholdings, storage capacity, successful business model and technological prowess, Bakhmatyuk believes his company can serve as an ambassador to the rest of the world for what Ukraine can be in terms of agricultural potential, hoping to attract greater investment from U.S. corporations as part of a strategic partnership. “The U.S. is the biggest player on the world market followed by the European Union and South America. Ukraine has all it takes to play in this league. But we need a ticket to join.”

The price of that ticket, according to Bakhmatyuk, is $20 billion worth of investments in silos to store grain, increasing crop yields and implementing new farming technologies. “Major U.S. manufacturers, such as GSI and John Deere, have it all. So, at least half of those investments would go back to the U.S. to buy American goods and solutions. The U.S. can become Ukraine’s strategic partner in developing its farming sector.”