According to the statistics body of UNESCO, Switzerland ranks in the top five of 161 countries and territories when it comes to relative spending and investment on R&D 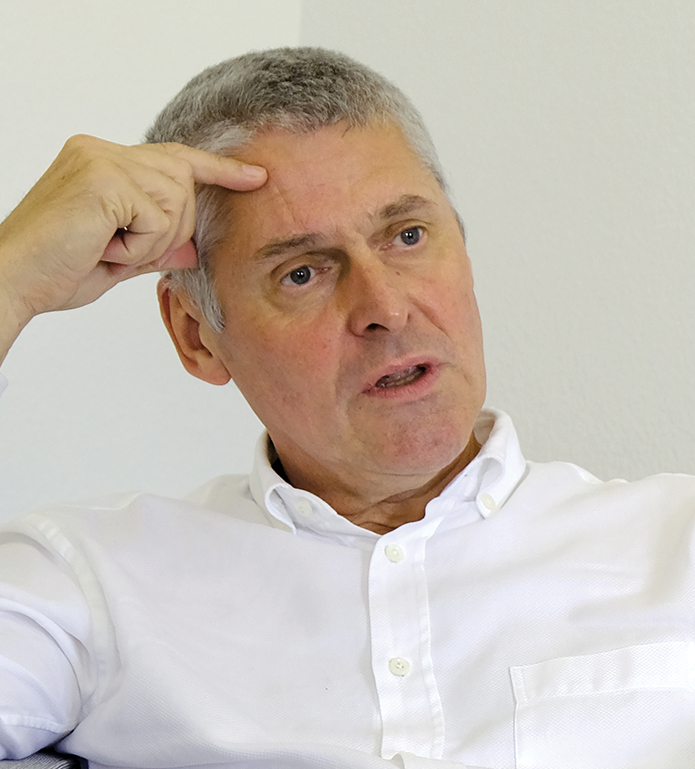 Despite wobbles in the global economy in recent years, Swiss companies have been undeterred from massive investment in R&D, with this positive trend highlighted by a late 2018 industry study from global accountancy group PwC. According to the comprehensive survey of the world’s largest corporate R&D spenders, the biggest Swiss firms invested a combined $27.5 billion in R&D during the 12-month period covered by the report. Unsurprisingly, proudly flying the Swiss flag in the comprehensive R&D study were pharmaceutical giants Roche and Novartis, who ranked eighth and 12th, respectively. Other major Swiss companies to make the prestigious list were confectionary major Nestlé and engineering group ABB. “Large investments alone are not enough for innovation,” says Peter Kasahara, partner and leader of PwC Digital Services from PwC Switzerland. “It requires a deep understanding of the needs of consumers and focusing research projects on the right core areas.” Ensuring the next generation of researchers has the skills and knowledge to succeed, the University of Bern is a significant contributor in terms of research. Its five main research areas are: sustainability, health and medicine, matter and the universe, intercultural knowledge, and politics and administration. Ranked among the best in the world, the university is attended by more than 17,000 students, including about 2,200 students from abroad, who benefit from a strong network. “The University of Bern has been very active in space research for more than 50 years,” states rector, Professor Christian Leumann. “We were directly involved in the Apollo 11 mission with a scientific experiment — a solar sail which was rolled out on the moon even before the US flag was placed. “We have since contributed towards other important space exploration projects, for example, with a high-resolution camera that flew on missions to Mars and Venus.”

One of the best hospitality management schools in the world, Ecole hôtelière de Lausanne (EHL) is an award-winning pioneer in hospitality education with its innovative model blending academia and hands-on learning. As the first hotel school in the world, EHL invented the methods that gave Switzerland’s hospitality management schools a reputation for excellence and has shaped over 25,000 hospitality managers. With industry collaboration and research, EHL continues to bring innovation to the classroom and industry. The school offers programs and services to prepare students, professionals and firms to shape the future of hospitality. Having recently celebrated its 125th anniversary, EHL’s track record of success is built on strong roots and tradition, yet the university is eagerly embracing change and innovation too. With the boom in global tourism numbers not slowing, the worldwide hospitality industry will see huge growth and change over the next few years: EHL is planning to ride this wave and innovate to keep abreast of such developments. “The tourism market is growing at incredible pace — roughly 5% per year for the next decade. Our strategy is to remain open to new continents and increase our international reach,” states EHL Group CEO Michel Rochat. “Our next step is to open campuses in Asia and Africa. We are based in Switzerland but have a strong international outlook and will soon have an Asian campus. “When we have a campus on those two continents, we will be rooted in the local economy. We will be alert to new, local information and will be able to improve the quality of education and strengthen our international ties, and find innovative ways to transfer knowledge between campuses. Due to our consulting firm Lausanne Hospitality Consulting (LHC), we have a high level of agility in entering new markets.” 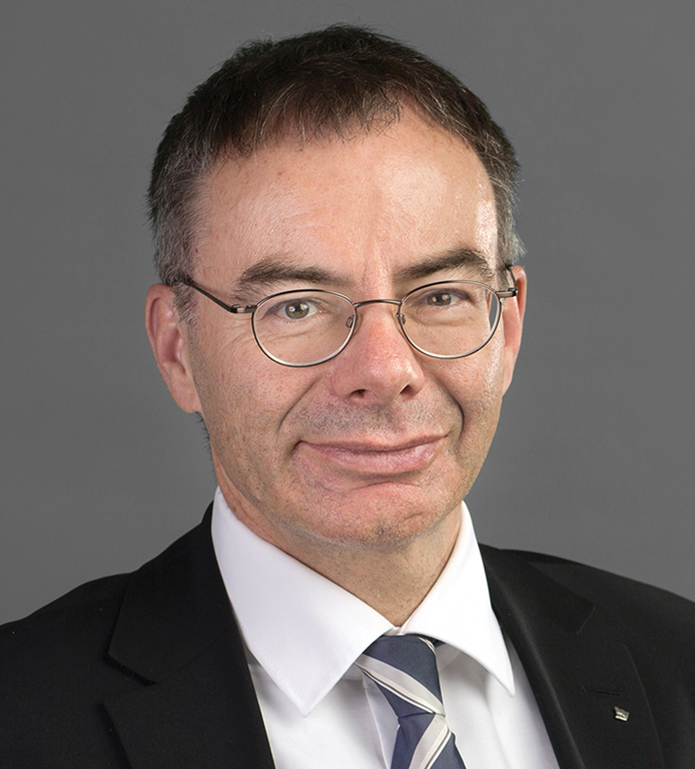 As one of Europe’s leading business universities, the University of St. Gallen is dedicated to pushing innovative ideas off the drawing board and into tangible reality. To serve as a conduit for such new ideas, the university established a “spin-off” label, which helps promote SMEs that have a connection to the institution. In only a short period of time, more than 120 companies have been awarded the distinction. In a survey, 64 of those companies had created more than 2,800 jobs and recorded a combined annual turnover of CHF 100 million. “We have more than 30 research institutes and over 100 student initiatives, all operated like little independent companies,” states University of St. Gallen rector, Professor Thomas Bieger. “We have a fully fledged founder garage together with the city and the University of Applied Science, and we also operate a business incubator. “Our university’s motto is ‘from Insight to Impact.’ We continue to strive to be an institution that produces leading research and provides insight. “The second step to that, the impact, is making sure we keep a foot in relevant topics, that our teaching methods rise to the challenges of the 21st century and that we communicate what we learn to the community at large.”

From drones swooping down from the sky with urgent blood samples, to smart transport solutions, Switzerland’s publicly controlled enterprises are pushing technological boundaries

Vital publicly owned service providers in Switzerland are not just sitting on the sidelines and observing the digitalization drive from afar. Instead, key national operators are highly engaged and enthusiastic participants in a series of exciting projects and initiatives aimed at streamlining important services and structures. Examples can be found in many different sectors as companies strive to add value formillions of residential and commercial customers. Swiss Post, for example, is much more than a traditional post office, it is also an innovation driver and a diversified group that operates in logistics, communication, retail financial services and passenger transport. Swiss Post epitomizes the Swiss quest for research and innovation. The company is spearheading the use of self-driving buses and even using drones to urgently deliver blood samples. “You need to have courage to go into new areas, because it is also a risk and sometimes it doesn’t go well,” says Swiss Post’s head of development and innovation, Claudia Pletscher. “You need to keep moving and also stay self-critical, not rest on your laurels. “We are using autonomous drones to transport blood samples between hospitals, which enables us to deliver laboratory results in a few minutes as opposed to the 45 minutes that it can take. We operated more than 2,000 flights between hospitals last year. “Customers have become more and more digital, mobile and individual. This forces us to offer them more and more flexibility.” This point was clearly underlined in late 2018, when Swiss Post and government-owned telecoms titan Swisscom formed an alliance to build a simple, secure and sustainable infrastructure for blockchain applications. The pair will use this to operate their own blockchain services. Such infrastructure is the first so-called “private blockchain” in Switzerland to be operated jointly by partners. It offers a solution that differs from other private blockchains in some key areas.

The data will remain completely within Switzerland and the infrastructure meets the high security requirements of banks. Through this close cooperation, Swiss Post and Swisscom are connecting their existing private infrastructures for blockchain applications. This private blockchain infrastructure requires far less energy, since it can only be used by identified users who have a contractual relationship with the providers of an application. This enables more efficient agreement procedures as well as significantly higher security and performance. This is an important prerequisite for many companies to launch their own applications based on blockchain technology. Swiss Post and Swisscom are thus creating attractive advantages for companies in all sectors and, therefore, also for Switzerland as a business location. Excellence in innovation is also a feature of national railway operator SBB, as the firm transforms into a sustainable mobility company. In conjunction with transport partners BLS, Schweizerische Südostbahn (SOB), Rhaetian Railway and the Swiss Association of Public Transport (VöV), SBB is working to make the railway fit for the digital future. With SmartRail 4.0, SBB is using new technology, digitalization and automation to design future smart mobility, which will be simple, personal and connected. Long-term objectives include integrated automated planning and control centers, flawless safety systems, full monitoring of railway operations, high-data transmission capacity for rail traffic and automatic train operation (ATO). “A decade ago, we were simply a railway operator, but today we are a mobility company. We are an area developer and a highly trustworthy mobility solutions provider on digital platforms,” comments CEO Andreas Meyer. “We are spearheading the development of the railway systems to bring them into a new dimension with a real quantum leap.”